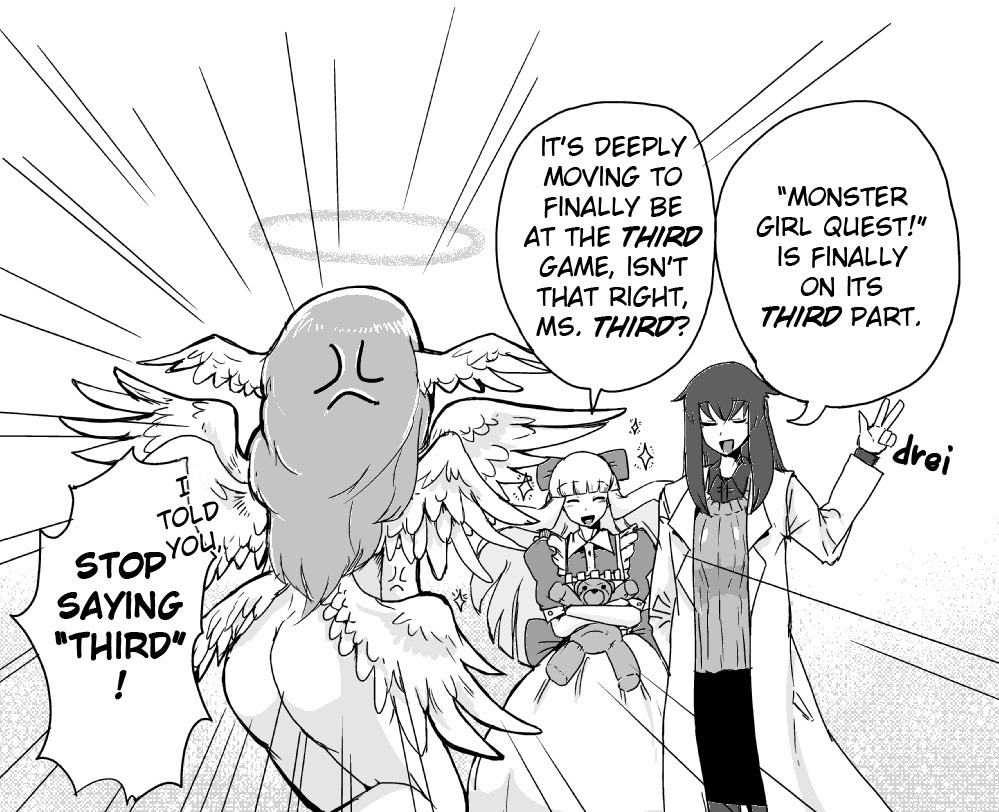 The hunter swiftly dodges backward, but the Orphan immediate lunges at the Hunter but the hunter instantly countered by kneeing the orphan on the chin that left him staggering back.

The hunter immediately went to the offensive and lunges at the Orphan but the orphan quickly went on the defensive and readies the weapon.

But the hunter stabs the newborn's bicep and immediately pulls his weapon out, drawing an immense amount of blood that proved to be critical.

He then slashes vertically on his stomach, a deep incision embedded into its body. The orphan staggers back in an attempt to gain distance but the hunter slashes his face vertically, cutting the nose and left eye.

The Orphan can only roar in pain as the hunter continues his onslaught, and attempts to lift the placenta, intending to crush the hunter but with the hunter's immense speed and precision, that proves to be a vital mistake as the hunter immediately slipped past his defence and stab the Orphan's stomach.

The hunter instantly pulled his blade out, grabs the left arm, and brought his blade downwards to the shoulder area, rendering it useless as it was severed from the orphan.

The Orphan starts to cry as he was brought on his knees. His body violently shaking blood came out of his injuries which is on every part of his body.

The squelch of flesh being torn by sword and bones being shattered could be heard alongside its gurgle.

The infant fell to its knees in anguish. Tears streaming down its blood-drenched face and its hands wrapped around its throat, desperately trying to gather any breath it could.

Eventually, the child fell to its side unsuccessful, still choking out the blood that had built up in its throat, coughing roughly and periodically.

The hunter saw the miserable display of survival and remained stoic. He looked straight into the child's mournful eyes and said nothing.

He saw through its regretful soul and still, the hunter didn't bother to give words of closure. During the child's turmoil, it managed to turn its head slowly to stare at its murderer and its mother's corpse.

Despite the hunter's cruel actions beforehand, he decided he should finish this on the child's terms. The hunter remains undaunted even as he bent down and buried his arms under the orphan, gripping tightly to its legs and side as he picked the newborn up from the dirt.

He trudged the gravel shore with slight haste, making sure to complete his objective before the child died in his arms. He gently let down the Orphan as he made it to the corpse and watched as the orphan stared at its maternal figure with a clear look of pain and sadness.

The newborn started to break down, its Sobs and wheezes are getting louder before he turned to stare at his soon to be vanquisher.

The Orphan then looks towards the ocean and pointing a shaky finger towards it, the child's face reads 'desperation'. He looked at where he pointed and nodded, this time having a gentle look.

The hunter once again bent down and buried his arms under the orphan once more as he picked them up from the gravel shore and sprinted towards the ocean.

He made it to the ocean bank, stepping into the fluctuating waves, deeper and deeper until his knees were drenched in the cold cloudy water.

He stopped suddenly and looked down to the Orphan who was struggling in his arms, coughing exceedingly more ferocious than before until the infant fell out his arms and struggled to the last of its breath to swim out into the ocean.

He stared as the Orphan swam like an amateur in the ocean. Once he's far away, he aimed evelyn towards the swimming infant and pulled the trigger.

The hunter gaze at the sky to see the broken moon and its radiance but the clouds seemingly blocked the light from reaching him.

The hunter could no longer see the broken moon hiding behind the curtains until it dawned on him: the moon was no longer in the sky and he sighed in relief.

The hunter relaxes his tense shoulder and his grip on his weapon loosened. Looking so tired and weak as he fell to his knees, not caring if the water made his attire wet.

His eyes become watery as tears stream down his eyes. His lips quivering, his body shivering, but no voice could be heard as he breaks down, only shaky wheezes and sobs.

A strong gust of wind blew past his face and dried the tears from his eyes, blowing away his black hat and revealing messy, unkempt black hair with a long ponytail, and small beady eyes previously hidden by the shadow of his hat.

He slowly and gently unveiled his battle cloth and took deep breaths, inhaling with his nose and exhaling through his mouth.

Breathing in the destressing and therapeutic air. His sight is met with tired his tired yet gentle blue eyes reflecting back at him as he stares at the waters.

Kos, the Great one that willingly surrendered her immortality out of love for her child and perished in the process of granting her child life.

You don't deserve this. Many of us don't actually. He clenches his eyes to numb the pain, sorrow and guilt swelling in his heart but that did little to no good to stopping it.

He then sighs, knowing that it will not go away easily and also knowing that the best source of action is to ignore it completely.

Better not to dwell on it. Will it be over after this? One of humanity's wicked deeds has been erased but the outcome of it still remains. Did he right mankind's wrong?

Erased would be the proper word. All he did was ease the burdens and wiped out what is better left forgotten yet still remains.

His endeavors did little to help but he will take anything at this point. The result is permanent and the best choice is to adapt and grow from the result.

That was the reason he pursues to end the hunt after all Save them, make sure they don't have to suffer fates madmans have planned from them.

So they can be happy The miraculous healing blood He can't remember Because of an incurable and unbearable sickness or injury?

Or perhaps Just because he wants to find out if its true or not? And why suddenly dig deeper all of the sudden?

Since when did he think about himself rather than priorities others' life and happiness? That's right He shook his head and turns it to look behind him and saw the lamp to take him to the hunter's dream on the coast very far away.

After staring at it and contemplating for awhile he then decided that he was way too tired to walk all the way over there, both physically and mentally.

So he decided to use another method to get to the dream: Death. The hunter fell on his front, letting the waters fully envelope him, also letting the currents pull him in deeper and farther into the ocean.

The unbearable cold feeling is starting to make his body go numb and can't see anything but the darkness around him as he continues to go down in this seemingly bottomless ocean.

He then looked up, and saw the light of the surface getting more dimmer as he slowly sink down the ocean. He never heard of such a name, much less know the person.

What was his name again? Ever since he dreamt, he never used his name. All he was ever called was the hunter or Good hunter Ah, that's right.

0 thoughts on “Monster girl quest beyond the end”